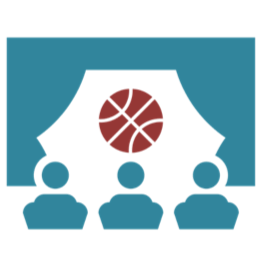 • Participants are divided in 2 groups. Both of them will perform as “actors” and “audience” in rotation.
• Each group is given a scenario that they will need to perform, while the other group will be the audience.
• After one group performs their act for the first time, they will start over for a second round. However, now the second group which acts as the audience can jump in and change the scenario by clapping their hands (so the “actors” freeze and wait for the person to join them in the act). This process continues until both groups agree that they created an ending that is accepted by the majority.

After the activity is over, the group should start the debriefing process:
• How did they feel about the activity?
• Did they notice any problematic issues in the scenarios?
• Do these scenarios reflect the sports reality?
• Which values should be respected in sports?
• Are they familiar with the Olympic and Paralympic values?

These questions are only indicatory – you can change them, add or eliminate some, as you wish.

Team 1
The local team is playing a game with the opposing team of the neighboring city. This is an important event in town and everyone is very passionate about it. The local team players are discussing about how anxious and stressed they are to perform well. The time comes and the atmosphere in court is really hot! The Locals MUST win! They enter the court ready to give it all in the field, so they are quite hostile when they meet their opponents. The crowd is with them and starts booing the Visitors, who seem a little intimidated by the tension. Instead of calming the crowd down, the Locals start provoking them more and the situation escalates. A few objects are thrown in the court and the referees decide to interrupt the game. In fact one object hits a Player of the visitors in the arm and he is not able to continue in the game. No one from the Locals approaches to support him – instead they really seem to enjoy!

Team 2
The local school team is preparing for the annual School Sports League where students from all schools have the chance to participate in a variety of sports. Albert has been into sports for years but he also has limited eyesight due to some problems with his vision. However, he has always been into sports with the encouragement of his parents and his disability never prevented him from thriving. However, this will be his first participation in an official competition and he is very skeptical and scared. Some of his classmates –the well known bullies of the school- are trying to bring him down and discourage him from competing, claiming that he could never make it. Albert is discouraged from this behavior, as all other athletes would definitely be superior to him and decides to give up.

The International Olympic Committee (IOC) defines the three Olympic values:
• Excellence – someone doing the best they can, in sport and in life. It is about taking part and striving for improvement, not just winning.
• Friendship – using sport to develop tolerance and understanding between all people – performers, spectators and citizens generally.
• Respect – having consideration for oneself, others and the wider environment. It includes respecting the rules of sport and the officials who uphold them.

Paralympic values
The International Paralympic Committee (IPC) defines the four Paralympic values:
• Courage – someone rising above their circumstances and showing their true worth.
• Determination – someone pushing themselves to the limit in order to achieve what they set out to do.
• Inspiration – being a positive role model – someone using their achievements to lead the way for others.
• Equality – recognising that people have equal worth whatever their differences and taking action to overcome prejudice and discrimination.