Brief overview: This is a game of handball, where participants will not be completely aware of all the rules. This will evoke the mixed feelings amongst the participants.

Category of competence:
– Communication in your own / foreign language
– Social and civic competences, equality
– Cultural awareness, solidarity and inclusion
– Democratic citizenship, participation
– Strategic thinking
Duration: 70 minutes
Target group: any age
Participants: 14-28 participants
Materials and setting:
– Handball court (indoor or outdoor) or improvised field
– 2 balls for handball
– 2 whistles
– T-shirts / Jerseys to segregate the teams
– Protection equipment for the goalkeepers (if you decide to include them in the game). 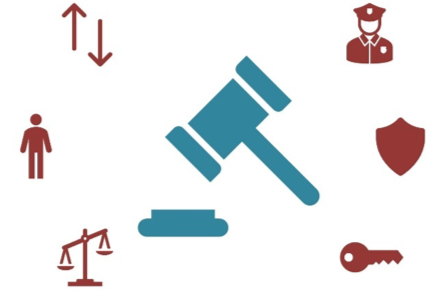 Make sure the court is clean and the balls are inflated. Make sure there are enough t-shirts or jerseys for each team in different color.

Step-by-step instructions for implementing this method.

Step 01 – Divide the participants in teams of 7 members each (6 if you have smaller goals and decide to play without the goalkeeper. Make sure there is equal distribution of male/female participants per team. (15 min)

Step 02 – Share the specific rules of this game and tell the participants it will only be said once, so that they need to listen carefully. The participants need to score by throwing the ball into a goal using their hands and while playing as a team. They are not allowed to move with the ball, so as soon as they receive the ball they have to pass it onto the next player; they can only pivot and pass the ball within 5 seconds to the next player. The points are won when the team throws the ball in the goal of the opposite team. Do not give any more instructions, even if there are more questions.

Step 03 – Start the game, but also take into consideration the hidden rule that is still unknown to the participants. The hidden rule is that the score is only valid if the team has passed the ball so at least 5 team members touch it in one attack. Let the teams play. Announce if the score is valid or not every time, but do not the reveal the hidden rule. (10 min)

Step 04 – Make a break and let the teams discuss and debrief for 3-4 minutes. Resume the game for another 10 minutes. (15min)

Step 05 – Expect there will be participants who will discover the hidden rule and the ones who will not. Let someone explain the rule to everyone at the end. (5 min)

Ask questions like the following:
– Did you like the game?
– How did you feel with guessing (or not guessing) the hidden rules?
– Why did (or did not) the players who guessed the rule reveal it?
– Can you link the game with some aspects of the participation?
– Can you share when do you feel empowered to participate and when not?
– What did you learn?

Variations: The hidden rule can be different, thus tackling various topics. For example, the score is valid only when female player makes it.